A creation of programmer, designer, writer, theorist, and industry gadfly Chris Crawford, Balace of Power is an ambitious geopolitical simulation of the contemporary world circa 1985. Its original incarnation on the Macintosh appears to be lost, meaning we must piece together how it worked by reading reviews and playing a later port to an early version of Microsoft Windows. Fortunately, contemporaneous reviews of that Windows version all mention how similar it is to the Mac original. Balance of Power places you in charge of either the United States or the Soviet Union, seeking to extend your sphere of influence over as many as possible of the sixty other countries in the game in a high-stakes game of Cold War brinksmanship. It’s a grandiose concept indeed, and becomes even more so when you consider the sheer amount of information Crawford has packed in — stuff such as number of physicians per million people, average daily caloric intake, and average school enrollment for each country. Not only would earlier machines have drowned under such a tsunami of data, but making it accessible and relatable would also have been nearly impossible. In Balance of Power, it’s all organized into neat menus and windows, as fine an example of the Mac’s ability to make information visually immediate and relevant as anything that came out those first couple of years. Before too long all grand strategy games would be like this. Significant as it is as a waystation on the road to Civilization, Balance of Power is also a huge landmark of the serious-games movement. Simply put, this game has a rhetorical agenda. Boy, does it have an agenda. Pushing your opponent too far results in nuclear war, and the most famous piece of text Crawford has ever written.

You have ignited a nuclear war. And no, there is no animated display of a mushroom cloud with parts of bodies flying through the air. We do not reward failure.

» Macware The Digital Antiquarian This passage is from a great long read about early Mac software and games. The digital antiquarian goes on to critique Chris Crawford’s choices leading up to this feedback for a fail state. It’s woth your time.
T F m

A rare opportunity for a funded PhD studentship with CRUMB or/and Design. Previous applicants are very welcome to apply.

Northumbria-Sunderland AHRC Centre for Doctoral Training in Art and Design
invites high-quality applications for AHRC-funded studentships starting in October 2014, for PhD study in or across our Art and Design research groups.We welcome applications in: Design; Fine Art; Applied Arts, Glass and Ceramics; Digital Art, Curating; Visual and Material Culture; and History of Art.

Before applying for an AHRC studentship, you should make preliminary enquiries with our subject specialists listed below to assess whether your area of research interest can be supervised and supported within the Northumbria-Sunderland CDT.

. There are now Design studentships available as well as Curating New Media Art, so those interested in curating design, or open source or generative software design, might also be tempted to apply.

Do feel free to chat informally with me about this if you are interested. The George W. Bush Presidential Center is to host an exhibition of the man’s paintings (image via Wikipedia)

An old college friend once rented a townhouse in Dupont Circle in Washington, DC, from a retired spook who, in his later years, had taken up the avocation of painting. All he painted were phone booths, in a realist style that played primarily with light, and the house’s walls were covered…

Why the Internet Will Soon Be Two-Tiered

Why the Internet Will Soon Be Two-Tiered

When it comes to accessing the Internet, mobile-phone networks are of particular importance to marginalized communities, including people of color and those with lower incomes. A recent Pew survey found that a full 21 percent of cell phone owners in the United States mostly use their phones to access the Internet, as opposed to a desktop or a laptop. The elimination of net neutrality for cell phones could make conducting essential activities, such as applying for jobs or furthering one’s education, much harder if service providers chose to block access to those necessary sites.

The Pew study also found that “young adults, non-whites, and those with relatively low income and education levels are particularly likely to be cell-mostly Internet users”—and ­it’s people in those demographic groups who will therefore be stuck at the lowest tier of access. Advocacy groups also worry that ISPs will use their powers of prioritization to silence activists working toward social justice, particularly in communities of color. 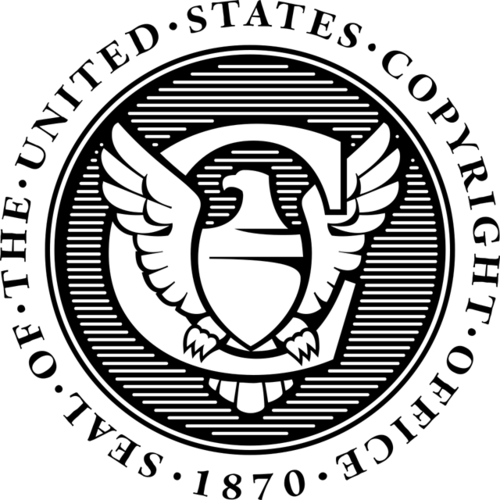 The seal of the US Copyright Office (via Wikimedia)

US Senators Tammy Baldwin (D-WI) and Ed Markey (D-MA) and Representative Jerrold Nadler (D-NY) have introduced a bill that would give visual artists royalties on the resale of their work, or droit de suite, Congress announced this afternoon. The bill is called the American Royalties, Too (ART) Act of 2014.

The ART Act seeks “to level the playing…