Travelling in the stratosphere at altitudes of up to 65,000ft, the balloons are intended to “provide a persistent surveillance system to locate and deter narcotic trafficking and homeland security threats”, according to a filing made on behalf of the Sierra Nevada Corporation, an aerospace and defence company.

Source: Pentagon testing mass surveillance balloons across the US | US news | The Guardian

Three papers in the last year — one by the Aspen Institute’s Future of Work Initiative, one from the Roosevelt Institute and Duke University, and another in development from Roosevelt — suggest maybe the automation we’re seeing now is little different from the technological advances we’ve seen in every other era. Instead, the problems of inequality, stagnation, and unemployment (which get blamed on the robots) are due to policy choices and power dynamics in the U.S. economy.

Source: How robots became a scapegoat for the destruction of the working class

Links to the three papers:

one by the Aspen Institute’s Future of Work Initiative

one from the Roosevelt Institute and Duke University 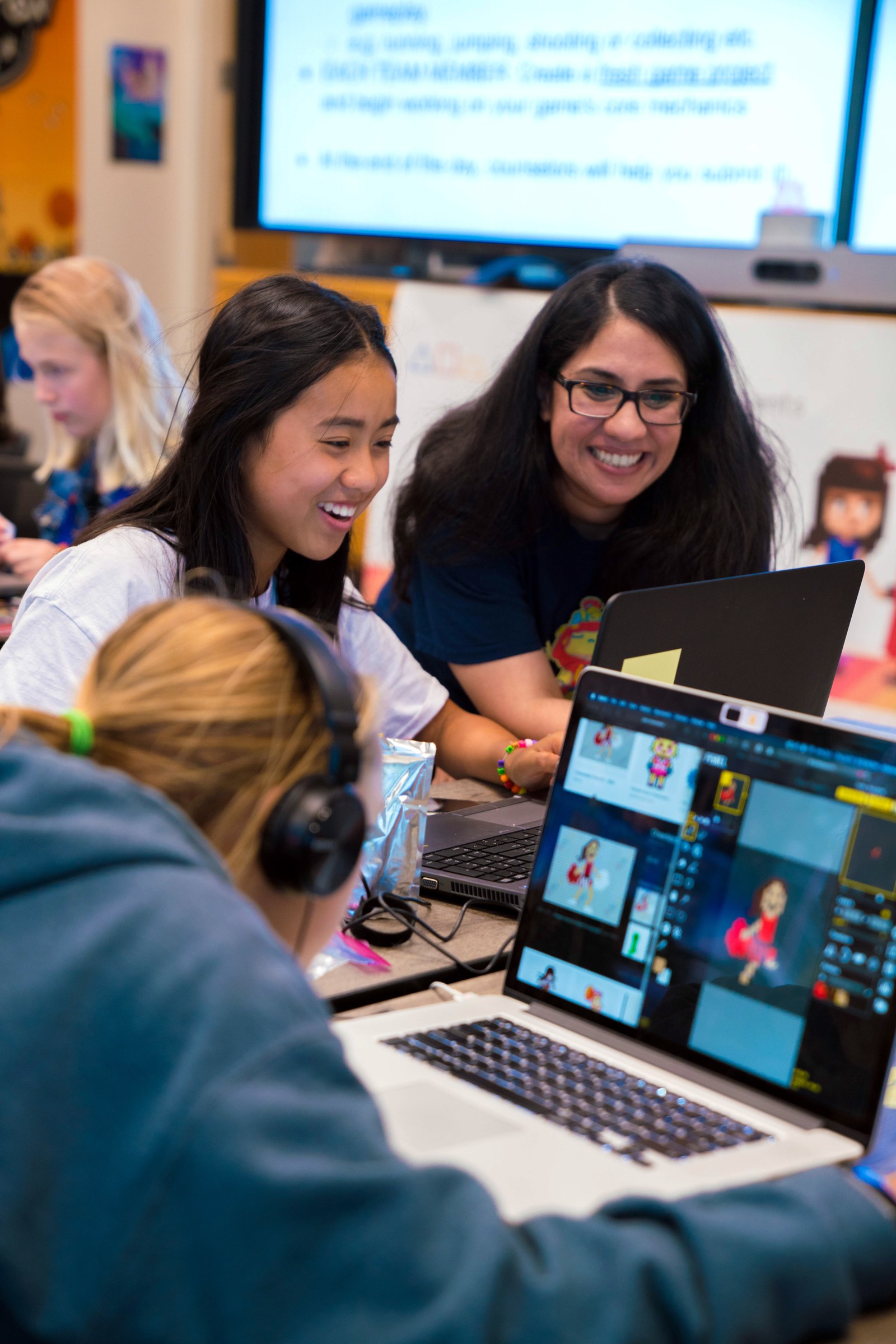 Beyond creating a world where girls can feel empowered and seen, I have also made it my mission to get more young women to be the ones actually creating the video games they love to play. My name is Laila Shabir, the creator of Girls Make Games, an organization dedicated to inspiring the next generation of female designers, creators, and engineers behind video games.

Source: How Getting More Girls to Make Video Games Will Change the Gaming Industry | Teen Vogue

Source: we are mitú

I have so many complicated feels about this news story from We Are Mitú. I get a mental image of collaborators during the occupation of France, of slavery in the US, and of many other folks who shut the door behind themselves when they achieve a small measure of security or success. Our game, La Migra, imagined a situation similar to this one. It may be that this person is one of many in his situation. Border Patrol recruits from the regions in which it serves.

Today, we review another new book: Futbolera—A History of Women & Sports in Latin America by Brenda Elsey and Joshua Nadel, published by University of Texas Press (2019). This book is a pure delight to read and provides tremendous new information on the struggles that the women’s game has faced over the years throughout Central and South America. I thought one passage was particularly salient just after the 2019 Women’s World Cup in France as the U.S. team members were talking about pay equity with the men’

Futbolera is on my to-read pile.

Ronald Rael on Instagram: “One of the most incredible experiences of my and @vasfsf’s career bringing to life the conceptual drawings of the Teetertotter Wall from…”

One of the most incredible experiences of my and @vasfsf’s career bringing to life the conceptual drawings of the Teetertotter Wall from 2009 in an event filled with joy, excitement, and togetherness at the borderwall. The wall became a literal fulcrum for U.S. – Mexico relations and children and adults were connected in meaningful ways on both sides with the recognition that the actions that take place on one side have a direct consequence on the other side. Amazing thanks to everyone who made this event p

Source: Ronald Rael on Instagram: “One of the most incredible experiences of my and @vasfsf’s career bringing to life the conceptual drawings of the Teetertotter Wall from…”

Project that exists at the intersections of design (architecture), art, politics, and play. A set of pink see-saws were designed by architects (UC Berkeley), fabricated by craftspeople (Ciudad Juarez) and set up along the pre-existing border wall at Sunland Park, New Mexico and ANAPRA. The photographs and posts have gone viral as of 2019 07 29.

The project makes use of a kind of absurdism. It draws both from Teatro Campesino and from Brecht for its power. It may be appropriate to invoke Boal.

Since I have been refreshing my memory of Massumi’s Parables for the Virtual, I wonder if his lenses are useful here as well.

For the sake of completeness I will attach the other URLs below.

Welcome to FIFA.com News – The pizza-and-movie Sunday that got Camila trailing Tobin – FIFA.com

“That game changed my life. I fell in love with the USWNT. Their game, sportsmanship, technique, passion. I knew all about men’s soccer, but I became obsessed with women’s soccer. I spent all my time Googling everything about it. I began following the players on social media. “I’d thought a lot about giving up trying to become a soccer player, but that day I decided I was going to do anything to make it. “Tobin [Heath] inspired me so much. She was, she is, an amazing player. Her skills are incredible, and

This is an article from FIFA’s website and it profiles a young Venezuelan futbolera who was inspired by Tobin Heath of the USWNT. The biography is presented as an overcoming economic hardship narrative. It does not mention, leaves implicit, both the political and cultural freight that intersect at Venezuela and gender.

This is the organization featured in the NY Post article from the previous post. Included here for completeness. Their tagline is “let’s normalize nakedness”

Source: There’s almost nothing you can’t do naked if you’re in this club

A New York Post story about a nudist club in New York City. New York Post tends to the overdramatic. Illustrations that accompany the story suggest an inclusive attitude toward human bodies and their diversity. It’s interesting that they are located in NYC so there is a contrast with “naturists” who aspire to be nude in environments that are “natural”, less mediated by humans. These folks want the urban density of NYC without their clothes.

I keep thinking about the game show Naked and Afraid, though that may be more mediated than shown on TV, and this example is not a game show.

An article in The Atlantic summarizes and explains a recent scientific paper from Nature about an investigtaion into, and a success with, the possibility of creating an artificial womb that may improve the chances of severely premature human babies to survive and thrive. The womb, it is thought, would help the prematurely born to complete their natural development ex-utero.

The images that accompany the magazine article are resonant with science fiction movies and with moments from Critical Design published by Anthony Dunne and Fiona Raby.

I am thinking of, most recently, I Am Mother. Also would be scenes from Alien, Star Wars: The Empire Strikes Back, and the zombie film based on the videogames Resident Evil.