Ferguson insisted that the debate about video-game violence will live on as long as there are video games to play and researchers to study them. “But the evidence is very clear that there’s not a relationship between violent video games and violence in society. There’s not evidence of a correlation, let alone a causation,” he said. Other researchers have come to the same conclusion, and the American Psychological Association’s media-psychology division issued a public statement in 2017 discouraging politicians and journalists from connecting games and violence. In his own recent studies on longitudinal behavior, Ferguson and his collaborators have concluded that violent games don’t appear to predict anything useful about violent thoughts or acts—not physical aggression, social aggression, or even cyberbullying.

Source: The El Paso Shooting and Video Games as a Partisan Issue – The Atlantic

This article by Ian Bogost is published and written urgently after the white-suprematist shooting in El Paso, Texas, earlier this week. It lays out the history of the moral panic and it presents outcomes from an interview with researcher, Ferguson.

In this study, we investigated the extent to which adolescents who spend time playing violent video games exhibit higher levels of aggressive behaviour when compared with those who do not. A large sample of British adolescent participants (n= 1004) aged 14 and 15 years and an equal number of their carers were interviewed. Young people provided reports of their recent gaming experiences. Further, the violent contents of these games were coded using official EU and US ratings, and carers provided evaluations of their adolescents’ aggressive behaviours in the past month. Following a preregistered analysis plan, multiple regression analyses tested the hypothesis that recent violent game play is linearly and positively related to carer assessments of aggressive behaviour. Results did not support this prediction, nor did they support the idea that the relationship between these factors follows a nonlinear parabolic function. There was no evidence for a critical tipping point relating violent game engagement to aggressive behaviour. Sensitivity and exploratory analyses indicated these null effects extended across multiple operationalizations of violent game engagement and when the focus was on another behavioural outcome, namely, prosocial behaviour. The discussion presents an interpretation of this pattern of effects in terms of both the ongoing scientific and policy debates around violent video games, and emerging standards for robust evidence-based policy concerning young people’s technology use.

The IGDA and its foundation issued a two sentence statement. Danny Bilson of USC shared this study.

Co-housing facilitates the interaction among neighbors, providing social, practical, economic and environmental benefits. Co-housing communities build social capital – and encourages more sustainable and fun behaviors. The simple act of eating together on a regular basis is a strong catalyst: As architect and founder of the Seattle Schemata Cohousing Project, Grace Kim says: (FastCompany, 2017): “It turns out when you eat together, you start planning more activities together, you share more things, you star

This is a website for a playcentric co-housing community that is being created in Denmark with the facilitation by LEGO. I wonder if it is consonant with Celebration, Florida.

Related to this would be scenius.

I have signed up to receive updates.

How to run a small social network site for your friends

Source: How to run a small social network site for your friends

This is a project by Anil Dash. It reminds me of the work of Robin Dunbar whose Dunbar Number theorizes the maximum number was of active relationships a human person can sustain. The project is an attempt to make accessible the knowledge to create bespoke, artisinal, social networks.

We once taught this stuff at the University of Denver, when we had a program called Digital Media Studies. At that time we found it difficult to populate new social networks with enough vibrance to be self-sustaining. I wonder if there is a minimum number necessary for this.

It brings to mind another social phenomena named by Brian Eno, scenius. His critique of the myth of the lone genius is that a scene, or a network of interpersonal relationships, facilitates creative acts.

I wonder what is the smallest number of humans, or of relationships, in a location that are necessary to support the existence of scenius? What are the spatio-temporal boundaries that parameterize scenius?

The department adjacent to Huila, Tolima, is not showing sufficient support for its art museum at the levels of corporate giving nor at the level of regional government sponsorhsip. The museum may close its doors after sixteen years of programming.

I have been curious about what kinds of support might exist. I have a sketch for a cultural space in disused industrial space in Neiva, the departmental seat of Huila. This news story does not give me much hope for governmental backing. A different model will be needed.

There is a for-profit detention facility in Aurora, Colorado, USA. It is detaining refugees and asylum seekers. It is a concentration camp. There is now a fund that collects donations to pay a bond that would release individual inmates.

This video on Intergenerational Trauma was shared with me by a former student upon seeing my post on FB about feeling wrecked by the news of the mass shooting at El Paso Texas yesterday, 2019 08 03. It’s a lovely bit of story telling and it points a direction towards healing.

My partner has noted that I am sad a lot and suggests I should see someone. I acknowledge that I feel a great sadness often. Sometimes they are moments of grief which, I have been told, arise at random. Other times the source of sadness is easy enough to see.

I am concerned for the people I know from El Paso, and who live there. We once shopped at the Cielo Vista mall. It is close to where we once lived. The population is such that it’s likely I had some connection with someone who was present, who was injured, or who perished.

This shooting echoed for me the night of the Aurora movie theatre shooting in Denver. On first blush it may seem irrational. Yet, both were premeditated and carried out with military style assult weapons by a perpetrator who is a youngish white man. The night of the Aurora shooting there was a 50% chance that my children were in that theater. The film was only premiering in two locations in town.

I’m placing this here so that I can track it later. It relates to our games, Crosser and La Migra. 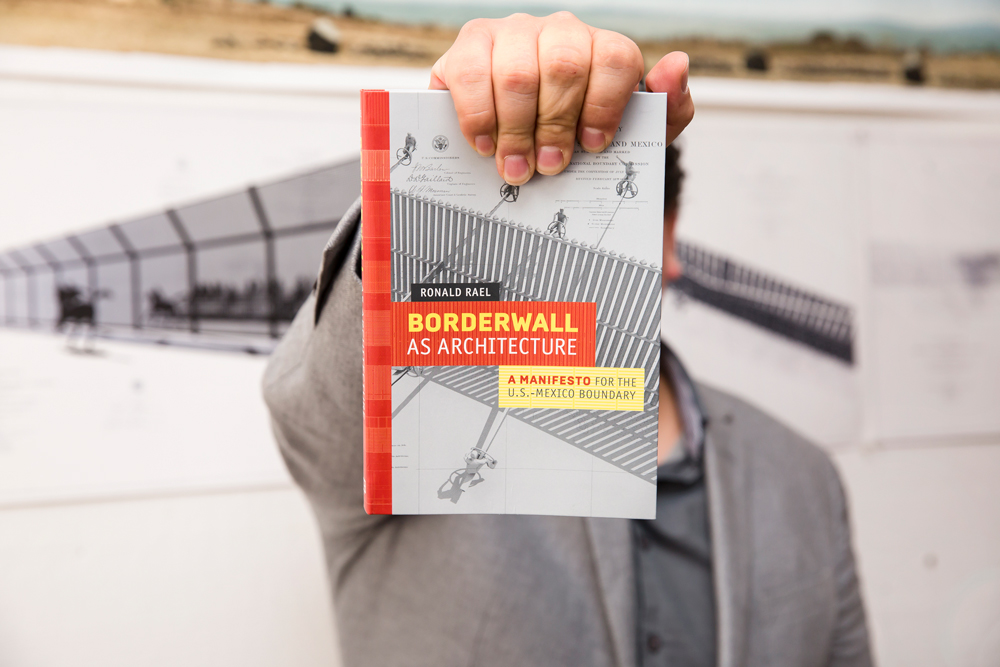 The book and its drawings date from circa 2016. The actualization of the teeter-totter occurred in late July of 2019. The subsequent photos and videos documenting the action/intervention in ANAPRA, near Ciudad Juarez / El Paso, have gone viral. The author, Ronald Rael, is a professor of architecture at UC Berkeley. Prototypes of this work are already in the collections of MOMA and SFMOMA according to this web page.

The project delights in the subversive potential of play.

Source: Why Growing Food is The Single Most Impactful Thing You Can Do in a Corrupt Political System

I post this thinking about the videogames: Harvest Moon, Stardew Valley, and our own work in progress Juan and the Beanstalk.