There is no way you are going to win a price war. Those candidates are looking for less risk (and less upside). It’s not a judgement thing but it is most certainly a fit thing.

The people you want to hire is a lot about a) belief in what you building and your culture in addition to b) timing in their own personal lives. You have a lot to do with the first part and very little to do with the second part.

The best way to recruit is to build a fantastic culture and pay attention to the why behind your company.

The other method I like a lot is to hire from your early community of users. Those early users are supporting your company with their most precious thing: their time. So if the chemistry is great, bring them on your team. Their heart is in the right place and you will need that to survive the invariable bumps along the way.

Bijan Sabet: Some thoughts on hiring in the early days of a startup  (via kenyatta)
T F m

Parents of the Judd-Climbing Kid Speak

@TheodoreArt’s photo of the kid climbing a Judd. The “London Evening Standard” reveals that the…

my son left fingerprints on a Judd box in Marfa.

So often, we assume that excellence requires a monumental effort and that our lofty goals demand incredible doses of willpower and motivation. But really, all we need is dedication to small, manageable tasks. Mastery follows consistency.

I’ve always defined blogging by its structure (posts, ordered reverse-chronologically, time stamps) rather than its content, so in that way it’s as alive as ever. Nearly every media site front page is now organized that way, that’s your Facebook news feed, your Twitter/Tumblr/Instagram flow, so much information is structured that way. (Which makes me wonder, does that make those sites metablogs?)

Tennis legend Billie Jean King was a pioneer for women’s sports. In addition to winning 20 Wimbledon titles, she founded the Women’s Tennis Association. King is best known for her win against self-proclaimed male chauvinist Bobby Riggs in the “Battle of the Sexes” in 1973.  In the interview she spoke to Fresh Air’s Dave Davies about how she prepared for matches and why her physicality was so important on and off the court:

“I would think about how I wanted to act. Like they teach in acting, "act as if …” — it’s the same thing in sports. Do you stand up straight? Do you have your body language speaking in a confident way? Because 75 percent of the time when you’re on the court, you’re actually not hitting a ball. And I think that’s where the champions come through. So I would visualize all these different possibilities.“

Jon Bois attempted to create the most lopsided game ever in Madden NFL on his Xbox. He beefed up the players on one team (7’0”, 440 lbs, good at everything) and put a bunch of scrubs on the other team (5’0”, 160 lbs, bad at everything). He started playing and was on pace to score more than 1500 points when…

With just under two minutes left in the first quarter, I was winning 366 to zero. I realized that I was on pace to score 1,500 points in a single game. I had never conceived of such a high score. I’d never even heard anyone talk idly about such a thing. There was absolutely nothing the Broncos could do to slow down my pace. I could score just as surely as someone can point and click. It was great. I wanted to ruin Madden in a way I never had before, and I was doing it.

And then it happened. Before I tell you what happened next, I want to lay out a couple of things: first, I made no actual hacks to this game. I didn’t have some special jailbroken Xbox, nor a special copy of Madden, nor anything like that. I bought my Xbox at Target and bought my copy of Madden off Amazon, and that’s that. Second, I stake whatever journalistic integrity I have upon the statement that I didn’t Photoshop any of this, and that it happened just as I say it did.

This is LOL funny in several places…particularly the GIFs. (via @delfuego)

In an attempt to lure developers into creating games for Glass, Google has shown off a few concepts for basic game ideas using the headset’s built in sensors.

An online gallery being put together by ‘artist in residence’ Jon Gourley features artworks seen on the walls of video game environments. New works are going up each day at the gallery.

The Video Game Art Museum (VGAM) and archive is constructed with art objects appropriated from the backgrounds of video games. In their original context, these “works” function as proxies, or simulations, of art. By recontextualizing these simulations into a virtual gallery, VGAM will playfully refocus attention onto the works themselves, explore the intersection of art and simulation, and satirize recent institutional forays into the subject of video games and art (see the Smithsonian’s The Art of Video Games and Google Art Project). 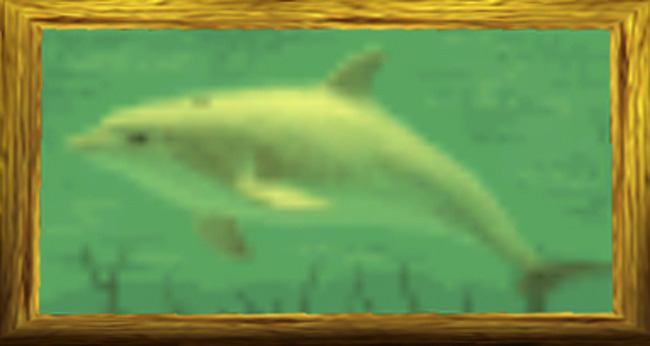