Jane McGonigal (Founder, SuperBetter & Gameful) Author of “Reality is Broken: Why Games Make Us Better and How They Can Change the World” and thought leader Jane McGonigal founded SuperBetter to help you achieve health goals, and started Gameful for game developers. Follow her on Twitter at @avantgame. (via 12 Women in Gaming to Watch – Entrepreneurs’ Edition – Forbes)

What’s interesting about the series is its successful use history as a game mechanic, and its ability to construct realistic environments around the largely fantastical story. The evocations of cities such as Jerusalem and Rome, while not always painstakingly accurate, have a sense of place and life that is almost unique in the video game sector. Unsurprisingly, the design team talk of long field trips to each location, with artists taking thousands of photos and hours of video footage. While researching Florence for Assassin’s Creed II, co-writer Corey May studied Machiavelli’s contemporary history of the city, and consulted an array of historians. In a blog post on the process he wrote, “The Vasari Corridor is not in our game. Nor is the Uffizi. They hadn’t been built yet. The façade of the church and clock tower in Venice’s Saint Mark’s square didn’t look quite as they do now. San Gimignano had more towers. And on and on.” (via Assassin’s Creed and the appropriation of history | Technology | guardian.co.uk)

The computer game Assassin’s Creed II and its sequel Assassin’s Creed: Brotherhood give the player the chance to “be” Ezio Auditore, a fictional Florentine noble and assassin in the late fifteenth and early sixteenth centuries. How useful is such an experience to the historian? Should all Renaissance students be required to play Assassin’s Creed II in the same way that they are expected to read certain seminal texts? While the first part of this series looked at the utility of the ability to navigate three-dimensional virtual reconstructions of early modern cities, this part will move on from the built environment to examine the materiality, atmosphere and populated dimension of the city. The materials of this digital world cannot be touched; they are merely pixels on a screen. But their expert depiction means that the texture of each item is almost tangible, with it being obvious visually whether something is metal, wood, water, stone, fabric, vegetation or dirt. Thus a sensory dimension to the Renaissance, going beyond what images of the period can offer, is hinted at, but cannot be fully grasped. Digital materials can never have a complete materiality. However, the virtual world can surpass the painted through the use of sound and interactivity. (via Unmaking Things 2012-13 » ‘ASSASSIN’S CREED II’ AND THE VIRTUAL RENAISSANCE. PART II)

The whole story of the game bends historical fact, so it is inevitable that its some of the built environment would not be entirely accurate. The game is not aiming to offer “the truth”, so picking holes in its deviations from that is irrelevant. The more important consideration is that perhaps without the narrative element, the technology which Assassin’s Creed II uses and its reconstruction of certain Renaissance cities can be a useful tool for the historian, giving a more complete visual understanding of a past world than can perhaps be gained from written sources, indicating what the city would most likely have looked like, how all its buildings compared to one another, and how it slotted in to the surrounding countryside. But it is not just an aesthetic appreciation of the city which is gained in Assassin’s Creed II, but also a three-dimensional living one, as spaces and places no longer extant suddenly become navigable, explorable and interactable. The next article in this column therefore, posted on the 28th January 2013, will discuss the role of the crowds and sensory experience in Assassin’s Creed II. (via Unmaking Things 2012-13 » ‘ASSASSIN’S CREED II’ AND THE VIRTUAL RENAISSANCE. PART I)

Did anyone think that the stand-up cut-outs that Wil posted to his blog for Tabletop Day kind of looked like King of Tokyo monsters? I did, so last night I made these. 🙂

I scaled the images down to about 3.75 inches tall, printed front and back versions and glued them to some 4-ply mat board and got WHEEEEATON! and Day of Destruction ready to bring ruin to the city of Tokyo. They fit very well into the plastic stands. They needed some monster boards so a couple hours later… 🙂 This morning I printed everything out and assembled the boards. Right now the number disks are just held on with thumb tacks so I’m going to need to find something more permanent.

If anyone wants to print their own copies, I uploaded a pdf to my Google drive account here. https://docs.google.com/file/d/0ByD1Q_nbLnhvSHM4T1pJU2NJa1k/edit?usp=sharing

I also put the full size pages as jpegs in this post but I’m not sure if my settings will allow them to be downloaded so they are also available on imgur here:

Here are the blog posts on WilWheaton.net

This right here is why the Creative Commons License is so awesome.

Technoccult: A Voyage To Modern Day Catan and Carcassonne

Technoccult: A Voyage To Modern Day Catan and Carcassonne 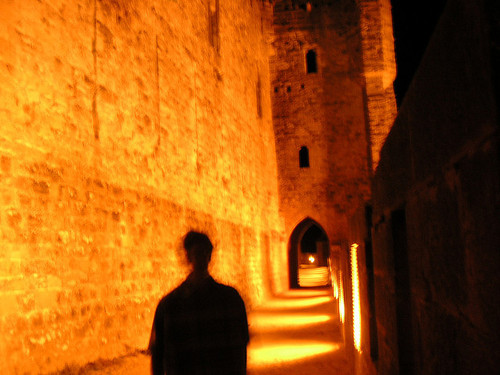 The island of Catan and the landlocked nation of Carcassonne export entertainment and community. Their economies and politics make possible the board games that families and friends play around their dining-room tables. They are game-nations,…