First They Came For The Libraries

People who know about but don’t fully understand history may ask, “Why do conquerors and fanatics always go for the Libraries?” Our most famous example has always been the Library of Alexandria, but it is by no means the sole instance. And if you take a look at that list, you can see something of a distinction: sometimes invaders burn libraries and loot them, and sometimes they just burn them. Why is that?

It’s because a library, more than any other thing humans have ever made, is the physical promise of a wider, more inclusive world.

A library teaches us about the potential for human knowledge to bring us to a better place.
A library challenges our perceptions. A library shows us that there is more to religion than zealotry, more to belief than delusion, more to the search for meaning than fanatical heresies.

A library presents to us, gives to us, for free, the benefits of human inquiry and allows us the time, and space, and resources to connect all of these things in ways that no one before has managed to do.

Full Story: The Breaking Time: First they came for the libraries

Science fiction isn’t just thinking about the world out there. It’s also thinking about how that world might be—a particularly important exercise for those who are oppressed, because if they’re going to change the world we live in, they—and all of us—have to be able to think about a world that works differently.

DAILY PIC:  An untitled 1949 painting by Mark Rothko, from the National Gallery’s collection and until recently on view in a show at the Columbia Museum of Art. I’ve written a few times about the effect of black-and-white photoreproduction on Matisse and Picasso. Recently, I’ve begun to wonder if the rise of color plates in art books, after World War II,  affected the color-full and color-field abstraction that came to be made then. Who wouldn’t imagine their art forward to the day that it would be reproduced? Of course, there wasn’t color repro in Renaissance Florence, but that didn’t stop Botticelli and others from going for chroma. (Or is chroma/non-chroma only a salient binary after Daguerre?)

For a full visual survey of past Daily Pics visit BlakeGopnik.com/archive. The Daily Pic can also be found at the bottom of the home page of TheDailyBeast.com and on that site’s Art Beast page.

The internet of you 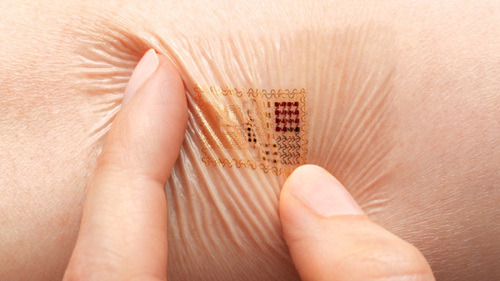 In 1888, the psychologist Stanley Hall published a story about a sand pile. A minor classic, it describes how a group of children created a world out of a single load of sand. These children were diligent, they were imaginative, they were remarkably adult.
More than a century later, at the architect David Rockwell’s Imagination Playground in lower Manhattan, small humans scurry back and forth all day long, carrying Rockwell’s oversized blue foam blocks from self-devised task to self-devised task. These children are intent, they are cooperative, they are resourceful. The scene resembles nothing so much as Stanley Hall’s sand pile—with each grain of sand much bigger and much bluer. (Except for the bits of actual sand, that is.)
More than any playground in recent memory, the Imagination Playground has inspired an outburst of excitement. It’s a hit with the hip parents who take their kids to Dan Zanes concerts, and is just as crowded as one. But it also represents something much more mundane: the triumph of loose parts. After a century of creating playgrounds for children, of drilling swing sets and plastic forts into the ground, we have come back to children creating their own playgrounds. Loose parts—sand, water, blocks—are having a moment. (via Loose parts are having a moment: Putting the play back in playgrounds with sand, water, and blocks. – Slate Magazine)

The “sand-pile” at once became, as anyone who has read Froebel would imagine, the one bright spot of attraction…

Deadline: FEB 01 2013
Call for Submissions:
CALL FOR SUBMISSIONS – SENSATE JOURNAL FOR EXPERIMENTS IN CRITICAL MEDIA PRACTICE
POSTED BY: E_Watkins | Wed Jan 9th, 2013 12:16 a.m. 0 Sensate is a new online interdisciplinary journal publishing works of critical media practice. It is currently accepting submissions from academics, scientists and artists interested in working on collaborative projects which cross the boundaries between research and making. Building on the groundswell of pioneering activities in the digital humanities, scholarly publishing, and innovative media practice, we believe in creating a space for redefining the terms in which such collaborations can be presented, articulating modes of working that are derived from artistic practice with revised standards for peer-reviewed academic production. It is with this goal in mind that Sensate aims at publishing innovative projects in the arts, humanities, and sciences, providing a forum for scholarly and artistic experiments not conducive to the printed page. Call for Submissions and Reviews Exploring new ways to archive, curate, and organize academic multimedia scholarship, Sensate invites submissions of scholarship and art not conducive to the printed page. We encourage submissions that creatively bridge research and media-based work, and aim beyond an illustrative relation between text and image towards both solid and innovative modes of scholarship and artistic practice. The integration of form and content is crucial to our mission and thus rather than a list of guiding questions (which seek answers) we would like to offer a list of possible approaches that demonstrate efforts to unite form and content and to provoke inquiry through creative combinations of exposition and expression. We are currently seeking work in any of the following categories/disciplines: artistic research, visual arts and artistic practice, history of technology and the media arts, visual anthropology and sensory ethnography, digital humanities, sound studies, media archeology, digital collections of audio and/or visual materials, digital cartography, performance and its documentation, imaging scientific research, and creative data visualization. We also welcome submissions that extend beyond these possibilities. Sensate pieces may rework or expand traditional scholarship in a media rich context, or provide a space to remediate artistic projects in a new form. See our collection of published works at SensateJournal.com. We are also seeking reviews for films, events, books, exhibitions, and performances. Please visit our blog, Sensate.tumblr.com, for updates on calls for specific reviews. Submissions are due by February 1st.
Please use the Chicago Manual of Style for all citations. Please submit articles via our article submissions form at SensateJournal.com/contact/submission-form, and reviews via our review submissions form at SensateJournal.com/contact/review-submission-form. Contact us with any questions, at SensateJournal.com/contact, or at SensateJournal@gmail.com. LINK:
http://SensateJournal.com/ (via Rhizome | Announce: Call for Submissions – Sensate Journal for Experiments in Critical Media Practice)

““If you view the mass adoption of 3D printing as an inevitability – whether it be through people all owning their own 3D printers or, more likely, paying by usage at a local 3D-printing store – then it follows that many more people will start ripping out and replacing static components of various devices, such as smartphones. If that happens, then many less skilled practitioners of the art will start messing up said devices with parts that just don’t fit as well as they should. Nokia’s 3DK release should reduce that risk for customizers of Lumia 820 phone shells, making it more likely that they will remain satisfied with the overall product experience. It’s like releasing a solid SDK, only for hardware, and it’s a smart move on many levels.””

David Meyer at GigaOM about the release of 3D templates, case specs, recommended materials and best practices  related to the Lumia 820 phone shell.

Why do I blog this? Although I don’t necessary buy the “3D printing as an inevitability” argument, I’m intrigued by the consequences of such move by Nokia. Will users follow the best practices? Will there be any weird repurposing? Is that a weak signal of something that will be more general? I’m frankly not sure everyone will/can do it but it’s curious to think of “amateurs” trying things (as “choosing something on Thingiverse and modifying it a little bit”).

Another interesting wrinkle is/will be the accuracy/precision of open, real-time photogrammetry when creating models. Imagine one phone-cam taking images of another phone’s shell and then its innards, and then minus operation to reconcile the shape and size of the void for said innards.

Darrell Burge, Marketing Manager for Airfix, said: “Having these great game apps out there takes the Airfix brand to a new consumer, which can only lead to more customers for our superb kit range. Not only that, they’re great to play too.“