Scott Forstall Forced Out Of Apple: The End Of Skeuomorphs 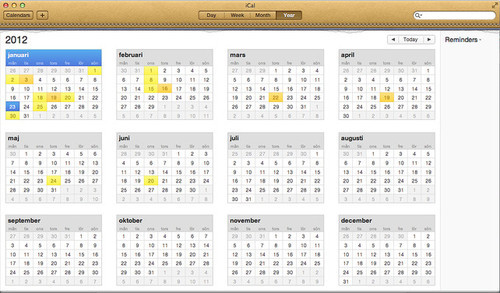 Rumors have been flying about Senior Vice President of iOS Software Scott Forstall’s hurried departure from Apple. Among other misdeeds he apparently was unwilling to sign the iOS 6 Maps apology letter, leaving it to CEO Tim Cook.

From the viewpoint of someone who loves most Apple design, I am not surprised to learn that Forstall was the man behind the ugly ugly skeuomorphs in iOS and Mac OS X, like the stitched leather in Apple calendars. He and Jony Ive apparently couldn’t stand each other, and Ive will now be leading Apple’s user interface efforts.

Apple stock should shoot up on this news, but the average market analyst is unlikely to be able to parse the impact of this on Apple’s future.

In mid-September, the worst nightmares of AD, the company behind the ADzero bamboo phone, came true. AD’s production prototypes revealed a fatal flaw: the bamboo cases — the phone’s key distinguishing feature — were splintering.

The news of this came out over a year ago, but it’s company started taking reservations in June this year. Unfortunately for the rest of the world, shipping is limited to Japan only.

You can find out more about it here

“THE HISTORY OF THE LANDLORD’S & MONOPOLY BOARD GAMES.”

“THE HISTORY OF THE LANDLORD’S & MONOPOLY BOARD GAMES.”

The play­ers at Table 25 fought first over the choice of pawns. Doug Herold, a forty-four-year-old real estate apprais­er, set­tled on the car. The play­er across from him, a shark-eyed IT recruiter named Billy, opted for the ship and took a pull…

Really nice article about the origins of Monopoly, including its origins as The Landlord’s Game.