Image preparation requirements and tutorial for Call For Entries (CaFÉ™) website. The tutorial is brief, but good.

Give the Human Body Some Much-Needed Upgrades 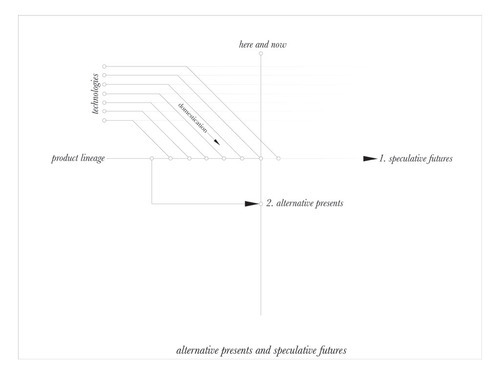 WHERE GOOD IDEAS COME FROM by Steven Johnson (via RiverheadBooks)

the philosophical revolution(s) that gave rise to modernism(s) supplanted church and state in favor of the individual. Jason Kottke points us to a re-imagined, contemporary modernity enabled by our networks that place us — as user-consumers — in the center of the universe.

Just a process note to remind myself about why I got a little prickly along the way. If I remember I lost focus — there’s an entry in the increasingly relevant book “101 Things I Learned in Architecture School” that I keep forgetting to look up properly — but the entry basically says the thing you learn from good work in a good studio is how to do good work. It’s less about what gets tooled and manufactured; less about what gets built and all that. It’s learning how to do what you do better than before. I don’t know how that gets captured and how it gets turned into something tangible. Maybe it doesn’t in a pragmatic sort of way. But, especially working in a small studio in an enormous battleship that is in some aft-chamber, out of sight, under the bilge — your perspective changes and your expectations shift upwards toward, like — clarifying, simplifying and translating big lofty ideas. Why did I get prickly? Well — it’s just eagerness and earnestness and excitement bumping up against the need to be patient and remembering to be satisfied that, at the least, we’re doing all the right things.