Steve Jobs: Thoughts on Flash
A letter from Steve Jobs about why they don’t allow Flash on iPhones, iPods, and iPads. (Notice he specifically uses the harsher “allow” instead of the much softer “support”.)

Though the operating system for the iPhone, iPod and iPad is proprietary, we strongly believe that all standards pertaining to the web should be open. Rather than use Flash, Apple has adopted HTML5, CSS and JavaScript – all open standards. Apple’s mobile devices all ship with high performance, low power implementations of these open standards. HTML5, the new web standard that has been adopted by Apple, Google and many others, lets web developers create advanced graphics, typography, animations and transitions without relying on third party browser plug-ins (like Flash). HTML5 is completely open and controlled by a standards committee, of which Apple is a member.

Jobs sort of circles around the main issue which is, from my own perspective as heavy web user and web developer: though Flash may have been necessary in the past to provide functionality in the browser that wasn’t possible using JS, HTML, and CSS, that is no longer the case. Those open web technologies have matured (or will in the near future) and can do most or even all of what is possible with Flash. For 95% of all cases, Flash is, or will soon be, obsolete because there is a better way to do it that’s more accessible, more open, and more “web-like”. 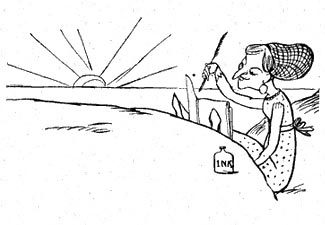 I’ve heard it so many times: “I can’t sketch a stick-figure to save my life.”

Some people are afraid of showing their drawing to others. They think they’ll be ridiculed if their sketch looks like it was drawn by a five-year old.

In truth, it doesn’t matter if you are good at sketching. The…

“You cannot not communicate. Every behaviour is a kind of communication. Because behaviour does not have a counterpart (there is no anti-behaviour), it is not possible not to communicate.”—Paul Watzlawick’s First Axiom of Communication
This is the first rule of UX. Everything a designer does affects the user experience. From the purposeful addition of a design element to the negligent omission of crucial messaging, every decision is molding the future of the people we design for.

“To be persuasive we must be believable; to be believable we must be credible; to be credible we must be truthful.”—Edward R. Murrow
Users approach most products with an expectation of honesty. Things should do what they say, behave in an expected manner and reinforce their decision to use this product/service/website. The interface is your opportunity to gain their trust and confidence while helping them make sense of what they can and cannot do. The proximity of actionable items to corresponding descriptive text, the tone of your copy, the labels on form elements—all of these things are the means by which we build subconscious level of credibility with the user.
Whenever elements of the interface are confusing, misleading or even suspicious, the users’ trust will begin to erode. When even the slightest hint of bad behaviour sneaks in, the user has already begun to withdraw from further interaction….

Criticism
Be meaner. On the front page of my ideal design blog is a daily fugging of something from the world of visual culture. That’s essentially what Unhappy Hipsters is doing for Dwell, or more specifically, for Dwell’s preferred mode of architectural photography. But I can tell they are already tiring of their limited field — the captions are getting wordier, generally a sign of weariness. Or Pr*tty Sh*tty for advertising but again, I think he might be getting tired. A rotating cast of bloggers, each tasked with a different visual field, could provide the morning hit of acid I crave. The internet creates much more opportunity for short and shallow and funny (as well as long and thought-provoking and serious). Remember the instant viral jokes about the iPad? Not to bite the hand that feeds (only in the digital sense), but sometimes this site can be a little snoozy. More criticism and shorter criticism might give it something readers had to look at every day. As I tell my students, when you are primarily writing a sweet review, it is important to add a dash of pepper. Love doesn’t mean you have to love everything.
The short format might also broaden the perception of the field of design criticism, and mess up the categories of design. Magazines have traditionally had to differentiate and categorize themselves. Now that they are all gone, I think the future lies in writing about design as it appears in life — the houses in TV shows, the architecture behind the cars, the selling of architects as personalities. I loved all the discussions of the faux-denim Olympic snowboarder outfits, which migrated from the sports pages to various design blogs. There is a subset of (mostly male) writers and designers that seem to take special pleasure in re-inserting sports into a world typically dominated by cultural pursuits. For most people interested in design, there’s no need to segregate uniforms in the sports section and advertising on the business blogs.
There are plenty of products that it would be horrifying to review in one paragraph. Buildings, for example, once built, need to be taken seriously and treated at greater length. They aren’t just trotted out for the Oscars, and, as Paul Goldberger has said, “Nobody tears down a building if the architecture critic doesn’t like it.” There need to be more architecture and design critics given 1000 words or more to review buildings, and a platform to show their work to readers. Maybe new buildings of note could be reviewed by two or three people, an exercise I always include in my criticism classes. Maybe we need to forget about buildings and review transformed neighborhoods. This would be the long-form part of the blog, for which the daily dose of poison serves as a kind of loss leader.

An interesting meditation on patterns of pre-industrial production and sustainability in Japan. Here is a snippet:

…The final conversation was about microclimates. Master Nishioka was describing to me how important it was to match a tree to its structural use in the building, based on where on the hillside it grew. “Valley trees are too wet for most uses, trees at the top of the hill sprout a lot of branches because they don’t have to compete and are very knotty, but trees from the middle slopes compete with others and have long trunks with branches clustered toward their crowns. Those make the best beams, because they’re straight and fairly free of knots.” He went on to describe how trees from the north face differ from those found on the south, and so on.

From the first conversation I understood that Nishioka and his peers had inherited a cultural tradition that considered centuries and millennia. From the second I understood that the carpenters were accustomed to letting nature do the work; the sun’s power was enough to transform a material simply by adding a moderate amount of heat. From the third, I understood that these craftsmen had a deep grasp of the effect of small environmental variations on the nature of growing things. While now, after two decades, these three lessons stick out as particularly valuable ones to me, time and again what I learned about the practice of Japanese traditional crafts called attention to their fundamental environmental soundness. And this is what ultimately led me to learn as much as I could about the relationship between preindustrial Japanese material culture, its design, and the constraints imposed by life on an isolated archipelago that had limited resources….